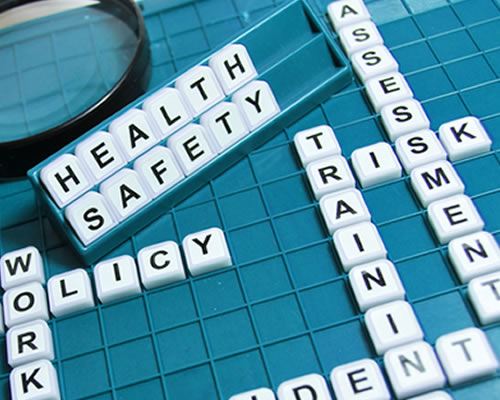 Summary:  Can a breach of the implied duty to take reasonable care of an employee’s health and safety be cured?

Yes, but only before the breach becomes fundamental, says the EAT in Flatman v Essex County Council, available here.

Background:  For employees to be successful in a constructive unfair dismissal claim they need to resign in response to a fundamental breach of their employment contract by their employer. They must resign in good time and in direct response to the specific breach.

This case centres on breach of the implied term requiring employers to take reasonable care of their employees’ health and safety, which is implied into all employment contracts.  For example, employers must:

If an employer fails to take reasonable care in any of these areas, an employee may be able to make a number of claims, including resigning and claiming constructive unfair dismissal and personal injury. A breach by an employer of health and safety legislation may amount to a breach of the implied term.

Facts:  The employee, Ms Flatman, worked in a school maintained by Essex County Council, the employer.  She worked as a Learning Support Assistant which included giving physical support and assistance to pupils. From September 2017 Ms Flatman was required to support to a disabled pupil.  This involved daily lifting and as a consequence Ms Flatman needed manual handling training to help her to work safely.  Ms Flatman repeatedly requested this training from around September 2017 until March 2018.  However, she did not receive this.

In December 2017 Ms Flatman began to develop back pain.  She told the employer about this on several occasions from January 2018.  However, the employer still did not provide manual handling training and Ms Flatman was signed off work for three weeks with back pain from the beginning of May 2018.  Ms Flatman returned to work on 22 May 2018 at which time the employer’s Head teacher advised her she would no longer be required to lift the pupil; would be assigned to another class in the next school year and training would be provided.

On the basis this was too little too late, Ms Flatman resigned and claimed constructive unfair dismissal.  She claimed that the employer had breached its implied duty to take care of her health and safety, including failure to provide manual handling training.

Ms Flatman appealed to the EAT.

The Tribunal had been wrong to only consider events at the time of the resignation when deciding if there had been a fundamental breach.   It should have considered the employer’s conduct at all times since September 2017 to decide if there had already been a breach.  I.e. a Tribunal must be careful only to take account of relevant conduct of the employer, and its impact, up to the point of the breach.

As there had been a fundamental breach before the Headteacher’s intervention in May 2018, this could not be cured by her actions.  It was only action taken by the employer before Ms Flatman went off sick that could have improved the employer’s legal position.

The EAT also commented that not all breaches of the implied duty to take reasonable care of an employee’s health and safety will be fundamental.  Further, when assessing whether such breach is fundamental, the focus should be on the extent, or risk, of the harm in fact caused/posed to the employee’s health and safety. Statements of intention by the employer or their attitude are less significant.

Implications: This decision is good news for employers (in some respects) given the EAT’s confirmation that not every breach of the implied duty to take reasonable care of an employee’s health will be fundamental.  This means there is a chance for employers to put right health and safety issues before an employee has the right to resign and claim constructive dismissal.

We also recommend employers take note of the EAT’s comments that courts should focus on the risk of the harm posed to the employee’s health and safety, rather than any statements of intention, when they assess whether there has been a fundamental breach.  I.e. if there is an active risk to the employee then an employer needs to take action to remove it, not talk about doing so.

Unfortunately this decision reconfirms that a fundamental breach of contract cannot be cured and employers should take early action to avoid this.