Menzies Law > Case update > Case update (2):  Employer’s liability – the tribunal finds nothing to laugh about in an employee’s practical joke 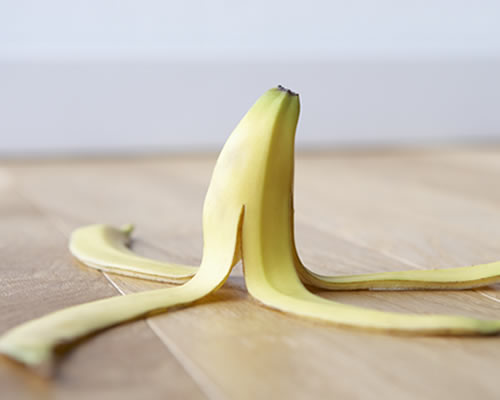 Summary: Is an employer liable for an employee’s practical joke that causes another person personal injury?

No, says the High Court in Chell v. Tarmac Cement and Lime Ltd available here.  The incident was unconnected to any instruction given by the employer to the employee in relation to his work and could not be said to be within the field of activities assigned to the employee by his employer.

Facts:  Mr Chell was a contractor who worked alongside fitters employed directly by the employer, Tarmac Cement and Lime Ltd. Tensions arose between Mr Chell and two of the employer’s staff who thought their jobs were in danger and that they would be replaced by contractors.

When carrying out work at the site, Mr Chell bent down to pick up a length of steel. One of the employees, Mr Heath, placed two pellet targets he had brought to the site on a bench close to Mr Chell’s ear, then used a hammer to hit them. The resulting explosion caused Mr Chell to suffer a perforated right eardrum, noise induced hearing loss and tinnitus.  Mr Heath was dismissed.

Mr Chell issued a claim alleging that the employer owed him a direct duty of care – which had been breached – and that the employer was vicariously liable for Mr Heath’s actions. Mr Chell alleged the employer should have considered disciplining or moving Mr Heath from the site, removing Mr Chell himself, or separated the two sets of employees. He further alleged there was no appropriate supervision and training had not been provided.

The employer denied liability submitting that ‘horseplay’ was not part of the Mr Heath’s employment, and the actions were of Mr Heath’s own volition without any sufficient connection to his employment to make Tarmac liable. The employer also denied knowledge of any rising tension.

The County Court Judge found that “there was not a reasonably foreseeable risk of injury from a deliberate act on the part of Mr Heath or any Tarmac employee to [Mr Chell] such as to give rise to the duty to take reasonable steps to avoid that risk”.  Also, the workplace had “merely provided an opportunity to carry out the prank that he played, rather than the prank in any sense being in the field of activities that Tarmac had assigned to Mr Heath”.

The County Court Judge held that whilst tensions may have been created by the employer in employing contractors, this was not enough to create a sufficiently close connection between the relationship of employer/employee and Mr Heath’s wrongful act of hitting the two pellet targets with a hammer.

Mr Chell appealed, arguing that the County Court Judge had failed to give adequate consideration to the “close connection”. When applying that test the court must ask what field of activities has been entrusted by the employer to the employee, and whether there was a sufficient connection between the position in which the employee was employed and his wrongful conduct to make it right that the employer be held liable.

The High Court upheld the County Court’s decision and followed the Supreme Court’s decision in Morrison Supermarkets plc v. Various Claimants (see our update here) where it was held that an employer is not vicariously liable for a data protection breach committed by an employee.

The High Court held that, although the incident happened in the workplace, the employer was not vicariously liable for the employee’s actions. Those actions were unconnected with any instruction given to the employee in connection with his work and did not in any way advance the purpose of his employer. The workplace merely provided the opportunity to carry out the prank, rather than it being within the employee’s work activities.

The High Court accepted that the contractor had previously made his supervisor aware that there were rising tensions between employees and contractors on-site. However, the court decided the risk of injury was not foreseeable as the situation was not such as to suggest the threat of violence or confrontation. Increased supervision to prevent horseplay, ill-discipline or malice was therefore not a reasonable step to expect this employer to have identified and taken.

The High Court held that it was too much to expect employers to implement policies to deal with horseplay or the playing of practical jokes. In this case, the existing site health and safety procedures, which included a section on general conduct stating “no one shall intentionally or recklessly misuse any equipment”, were sufficient given the numerous ways in which employees could engage in ill-discipline.

It was not reasonable to expect the employer in this case to have increased supervision in the circumstances.

It is, therefore, unlikely that vicarious liability will arise in circumstances where an employee has been injured as a result of a practical joke. The actions of Mr Heath were considered to be “unconnected to any instruction given to him in connection with his work” and he was acting “on a frolic of his own“.

While this will leave some employees without any worthwhile remedy for a wrong that has been carried out in the workplace, it is good news that there is a reasonable limit on liabilities that employers are expected to foresee and guard against.