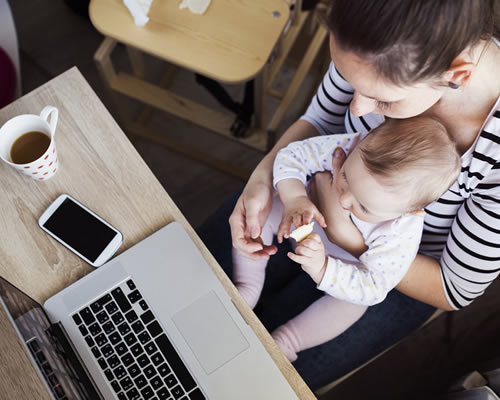 Summary:  Do Tribunals still need to take into account (without further evidence) that women generally have greater childcare responsibilities than men? Particularly when deciding whether required working patterns are indirectly discriminatory against women.

Background: Indirect discrimination occurs where the:

Many employment cases have recognised that women are more likely than men to bear the bulk of childcare responsibilities and that this may disadvantage them as a group.

Courts sometimes give “judicial notice” to matters without admissions from a party or the need for evidence. For instance, where the facts are so well established and known to courts that they can be accepted without further enquiry.

Facts:  Ms Dobson was a community nurse. She has three children, two of whom are disabled. Due to her childcare responsibilities, she had made a successful flexible working request and had, for a number of years, worked only 15 hours per week over two fixed days (Wednesday and Thursday) with her mother-in-law arranging her work to be able to provide childcare on those two days.

In 2016, her employer issued a new rostering policy which required all existing flexible working arrangements to be reviewed. Ms Dobson was asked to work an occasional weekend no more than once a month. She advised that, given her circumstances, she had no alternative working arrangements available. When the Trust gave her notice that she might be required to work on other days, including Saturdays, Ms Dobson rejected the proposed changes to her working arrangements. She said that she couldn’t work flexibly, was signed off sick and raised a grievance. This was rejected, as was Ms Dobson’s appeal.

The Trust told Ms Dobson that it had no option other than to dismiss her and to offer to re-engage her on new terms requiring her to work on additional days (subject to the Trust giving notice of any different days to be worked). Ms Dobson declined the new terms. The Trust gave notice of dismissal and Ms Dobson’s subsequent appeal was rejected.

Ms Dobson brought Tribunal claims for unfair dismissal and indirect sex discrimination. She claimed the policy indirectly discriminated against her as a woman with child caring responsibilities.

The Tribunal dismissed Ms Dobson’s claims. In relation to the indirect sex discrimination claim, it held that:

The EAT allowed Ms Dobson’s appeal. In particular, the EAT found that the Tribunal had erred in two areas, specifically by limiting the pool for comparison to Ms Dobson’s team and finding no evidence of group disadvantage.

The EAT also said that Ms Dobson did not need to adduce evidence to explain why she was disadvantaged because of her childcare responsibilities.  The childcare disparity has been accepted by courts at all levels for many years and, if relevant, must be taken into account.  Women still bear the greater burden of childcare responsibilities than men and this can limit their ability to work certain hours. Things have progressed, but the position is still far from equal.

However, taking judicial notice of the disparity does not automatically mean there is a group disadvantage. This will depend on the general position that is the result of the childcare disparity and the PCP in question. In this case the PCP was to work flexibly, which meant working on other days as and when required by the Trust. The EAT concluded that because there was no flexibility for the nurses to choose the days or hours they worked (within certain parameters) there was likely to be a relationship between the childcare disparity and PCP that resulted in a group disadvantage.  This conclusion meant that, the Tribunal’s findings on justification couldn’t stand and would have to be revisited by the same Tribunal.

In respect of her claim for unfair dismissal, the Tribunal said that if it is indirectly discriminatory to impose a requirement to work flexibly, it could be argued that dismissing someone for failing to comply with that requirement fell outside the band of reasonable responses open to her employer. That issue would have to be remitted to the Tribunal to reconsider.

Implications:  Although this decision does not change the law, the EAT’s confirmation of both the childcare disparity and that judicial notice should be taken of this, are helpful clarification. Whilst it is possible that this will change in time, at the moment the position remains that the burden of childcare is not equal.  This means that employers should into take account that women bringing indirect sex discrimination claims will not have to provide their own supporting evidence to show why they were disadvantaged because of their childcare responsibilities.

However, the EAT childcare disparity does not automatically mean there is a group disadvantage and claimants will still be required to show this. Indeed some flexible working arrangements could be helpful for most women with child care responsibilities.  For example, if a requirement to work flexibly requires working any period of eight hours within a fixed window, or involves some other arrangement that might not necessarily be more difficult for those with childcare responsibilities, then it would be open to a Tribunal to conclude that the group disadvantage is not made out.

Given that employers maybe considering changing working patterns at this time, it is worth remembering that any change in working arrangements needs to be carefully considered in light of the childcare disparity and the risk of an indirect sex discrimination claim.