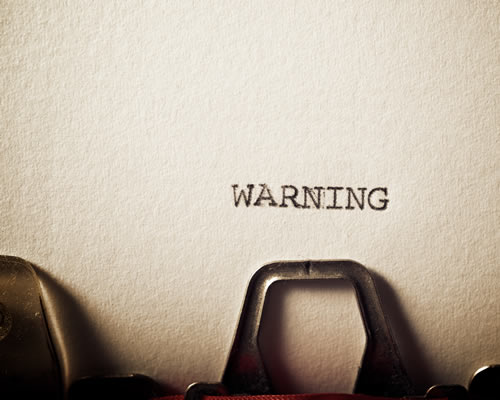 Summary:  Should a tribunal re-evaluate a final written warning when considering if a capability dismissal was fair?

No, says the EAT in Fallahi v TWI (available here). Not unless the warning was given in bad faith and ‘manifestly inappropriate’.

Background: Following a fair dismissal procedure often includes giving warnings, including a final written warning, before an employee is dismissed. In the context of misconduct dismissals, tribunals should consider these earlier warnings given to the employee as valid unless it is ‘manifestly inappropriate’ (i.e. there is bad faith or no reasonable grounds for the warning). In Fallahi the EAT reviewed whether such approach is suitable for capability dismissals.

Facts:  The employer, TWI, had concerns about the employee’s, Mr Fallahi’s, performance as Senior Project Manager. Mr Fallahi was put on a performance management plan and set objectives, with targets to be reviewed in June and October 2016 and January 2017.  One month before the first review, in May 2016, Mr Fallahi’s manager held a capability hearing as he was concerned by his lack of progress.  Mr Fallahi was given a final warning, objectives, and a further three month review period. He did not appeal.

The employer invited Mr Fallahi to performance management and capability hearings.  However, he did not attend due to sickness, despite the occupational health adviser saying he was well enough to attend. The employer dismissed Mr Fallahi on the grounds of capability.

The Tribunal dismissed the claim.  The decision to dismiss was within the range of reasonable responses and the final warning was not ‘manifestly inappropriate’.

Mr Fallahi appealed on the basis that in capability dismissals there is no need to show that a warning is ‘manifestly inappropriate’ for it to be unfair.

The EAT dismissed the appeal and agreed with the Tribunal that the law on misconduct warnings also applies to capability dismissals.  In this case the final warning was not ‘manifestly inappropriate’ and was made in good faith.  In any event, the Tribunal’s role was to decide the overall reasonableness of the dismissal, not the final warning.  The EAT took into account not only the warning that Mr Fallahi received, but also that he was a long-term underperformer who had continually failed to meet targets.

In relation to the final warning, it was less important to go behind this than if it had been a conduct dismissal.  This is because in a conduct situation, a final warning means the employee is vulnerable to dismissal for a minor later incident.  In this situation the validity of the previous warning is critical. However, in a capability dismissal, it is the employee’s performance over a long period of time that is relevant to a tribunal. I.e. it is the employee’s failure to improve even after the warning which leads to dismissal.

Implications:  This is welcome confirmation that as long as a final warning is made in good faith and reasonable (and is not ‘manifestly inappropriate’) it should not be re-evaluated by tribunals. This applies to capability dismissals also.

The focus of a tribunal’s job remains to look at the circumstances of the dismissal as a whole and consider whether it fell within the range of reasonable responses available to the employer.