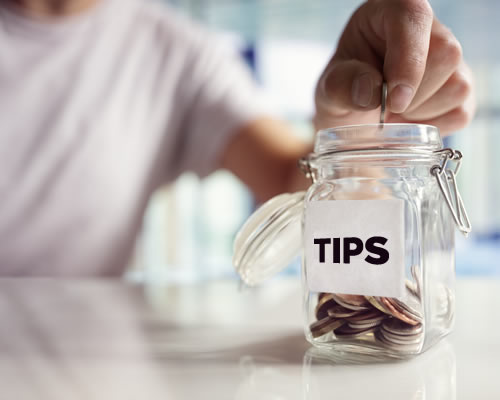 We updated you in our October 2018 Newsletter Government reforms (3): Top tips for staff that the Government announced plans to introduce new legislation to ensure that tips left for workers must go to them in full.  This was following the Government’s consultation on the issue in 2016.  However, no further steps were taken at this stage.

The Government has published its response (available here) to its 2016 consultation on tipping, gratuities, cover and service charges. The Government reaffirms its commitment (set out in 2018) that all tips should be discretionary and should be paid to staff without deductions.

The Government intends to introduce these plans as part of the upcoming Employment Bill and for them to take effect after one year.  The new legislation will place an obligation on employers to:

The intention is to prevent the practice currently adopted by some businesses of retaining all or part of discretionary service charges paid by card, instead of passing them on in full to staff. Approximately 80% of tips are now paid by card, making it easier for businesses to retain a proportion before passing the rest to staff.  The plans are estimated to affect approximately 2 million hospitality workers in the United Kingdom who work in pubs, cafes or restaurants. Such workers are often paid minimum wage and their tips can make up a large proportion of their income.

It is not yet known when the Employment Bill will be introduced.  However, in the meantime, we recommend employers review their policies and practices on tipping and make any required changes.